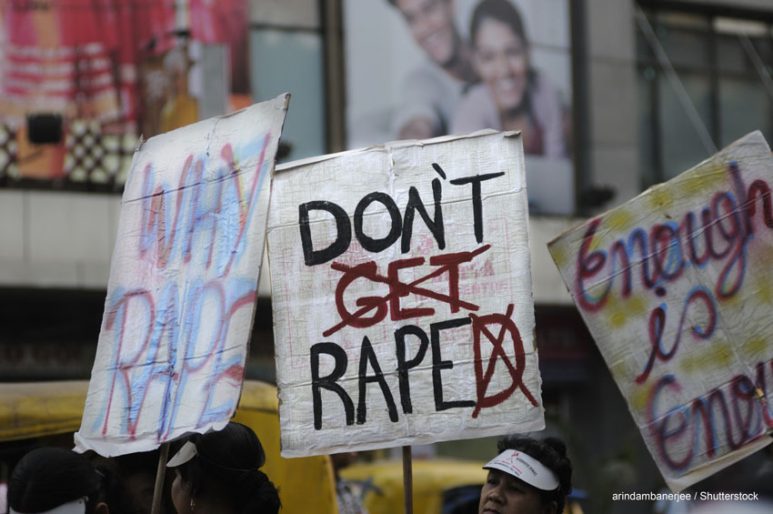 The Double Edged Sword of Social Media and Rape Culture

For real change to happen, it needs to be a collective effort across society, with all forms of media ensuring fair and accurate representations of women as real people.

In June 2020, Soma Sara, a UK-based student, used social media to share her personal experiences of the endemic rape culture that exists within schools and colleges. Immediately she was inundated with messages from other women, all with their own story to tell. As a result of the interest, she launched Everyone’s Invited, a new online platform to help people to share stories anonymously in order to raise awareness about rape culture. More than 8000 accounts have already been told, giving young women that chance to have a voice on this topic- some for the first time.

Dandy Doherty, 21, is a former student at Westminster School, one of the many British schools where pupils have made complaints about rape culture. To her, anonymity is key to the success of Everyone’s Invited. 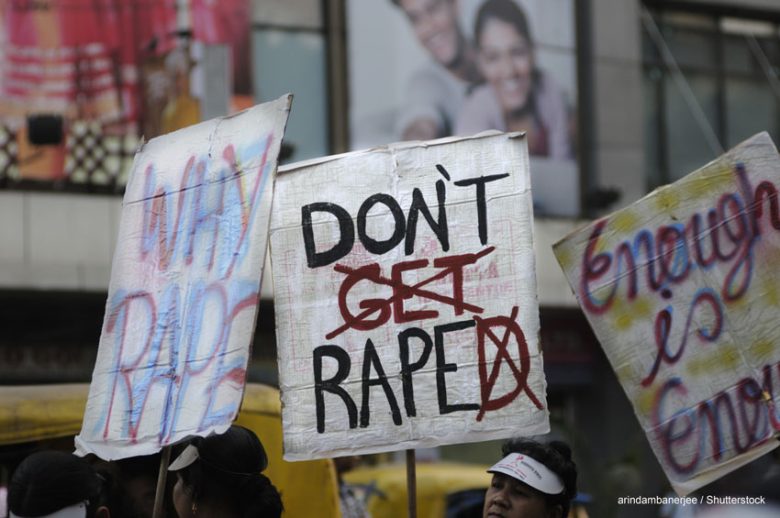 “It melts down individual testimonies into a deeper pot, sidestepping the usual battle of one person’s word against the other’s,” she says.

Without naming names, the issue can be recognised as a misogynistic cultural problem, rather than one that’s limited to a small number of individuals.

“This has meant that I, and a growing number of others, have  felt able to waive anonymity without bracing for interrogation, disbelief, or dismissal,” adds Doherty.

While she believes the anonymous testimonies play a vital role in encouraging people to come forward, she says that the rise in non-anonymised stories also adds a sense of urgency and immediacy to tackling rape culture.

“A girl at my old school posted a video of her being dragged around school by a boy who was shouting to younger boys, “which one of you wants first go?” The boy was popular, and a close friend of mine. By sharing the video on Instagram, she confronted the entire ethos of our social circle. People realised – me included – that, as bystanders, we were also enablers. I’ve cut him out of my life, as have most others,” she says.

“Social status is a shield for perpetrators until the group is challenged to reflect on its values and take a stand to uphold them,” she continues.

The stories being shared also gave her the strength to come forward about her own personal experiences.

“After six years of silence, I recently publicly shared that I was raped at the age of 15. I felt able to because Everyone’s Invited contextualises my rape as something outside of my control, rather than something I am responsible for,” she tells MDI.

Social media can be a double edged sword

While platforms and other support groups are having a positive impact on people’s ability to speak out, social media can be a double edged sword. As well as providing fantastic support platforms, it has also heavily contributed to the rise of rape culture.

According to Tanith Carey, author of  ‘Girls,Uninterrupted: How to build stronger girls in a challenging world’, and ‘What’s My Teenager Thinking? Practical Child Psychology for Modern Parents,’ private social media services are one of the main ways that children view pornography.

“Children use it to send images- sometimes to shock, sometimes to swap  – precisely because images disappear after a certain amount of time. Accidental exposure over these kinds of messaging services – often sent by an older child or a  child who had had earlier access – is usually the first way children see this material,” she says.

“They are unprepared for it because sex education on this subject in UK schools is generally too little, far too late,” she continues.

She adds that the range of pornography, particularly videos and images depicting violent acts, is on the rise.

In addition to pornography, Erene Hadjiioannou, psychotherapist and spokesperson for the UK Council for Psychotherapy (UKCP), says online platforms give space to misogynistic comments.

“Anyone can express their views as they would in ‘the real world’. This sadly includes the micro- and macro-aggressions against women,” Hadjiioannou says.

Due to the prevalence of misogyny and male violence across society, it’s no surprise that it has also become normalised in the online world.

“One issue with the way algorithms work on social media apps is that you are more likely to view content suggested to you by your app that is based on what you already look at. Therefore, you’re unlikely to seek out any alternative perspectives including missing out on hearing the truth of sexual violence perhaps from survivors themselves. As such rape culture can continue to be reinforced simply via the accounts you interact with,” says Hadjiioannou.

For D’Arcy Ritchie, a PhD candidate researching the power and harm of shame and image based sexual abuse, the anonymity of social media exacerbates the problem.

“You can make fake accounts and post anything you want, even if it’s something you’d never say to someone’s face,” she says.

“It becomes normal for young boys to see abusive comments on women’s accounts and they start to copy that behaviour,” she continues.

The speed of social media is also a challenge, as it means abusive comments or indecent images can be shared within minutes, leaving huge potential for damage in a short period. Meanwhile, Instagram and Twitter can also be used as a tool to abuse women who publicly share their experiences or name their abuser.

“Women who do come forward can run the risk of being abused themselves, especially if they have a prominent platform. We still have a victim blaming culture,” she tells MDI.

Hadjiioannou believes anonymous platforms like Everyone’s Invited are helping young women to fight back against stigma, but it may not be enough.

“It’s everyone’s responsibility to push back against rape culture. Too much emphasis is placed on the survivor to stop this kind of violence, including whilst it’s happening to them, for example the myth of ‘You should have said no’.”

She says it’s important to report or block abuse via apps, as well as contacting the police in some situations.

“It’s important to also seek support from people online and in ‘the real world’ to maintain a healthy, safe relationship with yourself and social media.”

Nicole Russin-McFarland, who experienced the negative consequences of misogyny and rape culture at school more than a decade ago, argues more needs to be done if we’re going to see real systematic change.

“A few years ago a Twitch streamer sent me a DM of his penis beside a huge knife. He was locked out for online harassment but back after a day,” she says.

“Our focus is on censoring elected officials, not day to day harassment of both men and women,” she continues.

She adds that for real change to happen, it needs to be a collective effort across society, with all forms of media ensuring fair and accurate representations of women as real people- not sex objects or toys.