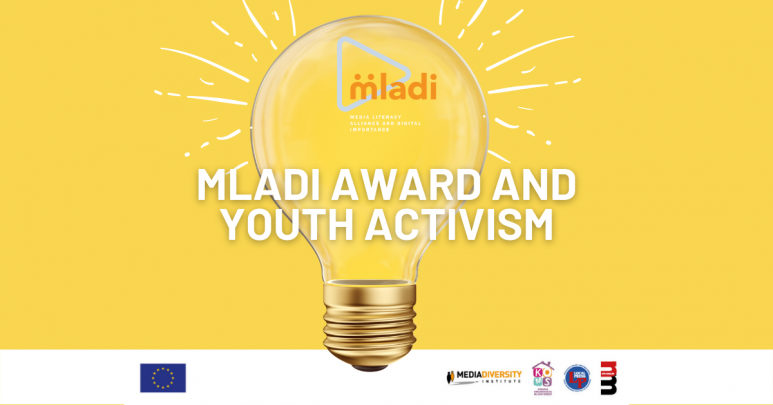 Although young people are often criticised for spending “too much” time on social media and online activism is often called clicktivism or pseudo-activism, online activism has managed to mobilise people in Serbia around certain goals and bring them out onto the streets.

By Ivana Jovanović and Hana Kojaković

The internet and social media have become one of the most dominant sources of information for the youth, not only in Serbia but in general. According to the Alternative report on the position and needs of young people in the Republic of Serbia (Alternativni izveštaj o položaju i potrebama mladih u Republici Srbiji), the majority of young people (98.4%) are informed via mobile phones, and most often they are informed about political events through social networks (69.8%). Young people’s trust in traditional media has dropped significantly and it can be said that young people do not trust them.

Although young people are often criticised for spending “too much” time on social media and online activism is often called clicktivism or pseudo-activism, online activism has managed to mobilise people in Serbia around certain goals and bring them out onto the streets. For example, in 2017, the Protest Against Dictatorship was created on Facebook and managed to mobilise a large number of young people. Online activism and offline action have great potential; however, it is important to keep in mind that successful protests and social change require clear strategies and goals, well-formulated demands, good organisational structure, small victories, protest identities and symbols. 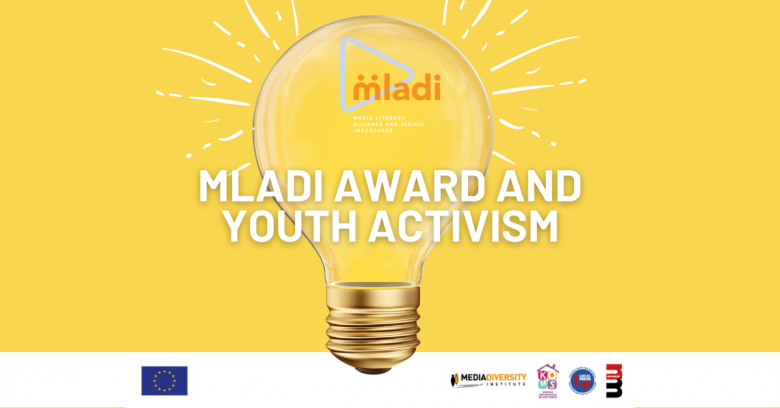 It is very important for a democratic society to have active citizens, citizens who participate in a democratic system and who are aware of their role and their capabilities within that system.

In recognition of youth activism, Media Diversity Institute Western Balkans awarded two MLADI awards, part of the project MLADI, for multimedia content and texts that affirm youth activism and active participation and are related to youth media and digital literacy.

“For me, social engagement is a direct consequence of social awareness. Developing awareness and empathy for one’s own environment can sometimes be a slow and arduous process, but once we open our eyes wide and can no longer handle it, without seeing obvious problems, we will reach a stage where we will no longer agree to continue to suffer certain things and stay silent about them. That is exactly the moment when activism appears, as a reaction to all the injustices that hurt us and that we are ready to change from the bottom up. Whether it’s protesting, petitions, humanitarian actions or working to reach as many people as possible, social activism is our way of saying “We don’t want it anymore” and then really sticking to it in practice” Olivera Mitić, the winner of the MLADI award, told Media Diversity Institute.

Olivera Mitić won the text category of the MLADI award for the article “‘Dear girl’ was all that we needed to hear when we were younger (Draga djevojčice je sve ono što nam je trebalo da čujemo kad smo bile mlade). The winning article is an interview with Milica Crkvenjakov the woman who stands behind the profile “Dear girl”.

In her text, Mitić says: “whether it is about puberty, the first menstruation, sexuality or physical appearance, Milica’s content deals with all those small and big things that are not talked about enough with girls”. From this article we also learn what other problems girls face in Serbia, about the feminist and activist scene, but also how necessary the fight for women’s rights is.

“I consider activism a moral obligation of every young individual, because if young people do not get involved in social trends and do not express their opinion – they leave their destiny in the hands of others, those who often only look at their own interests. In order to avoid the frequent situation where the whole of society functions by satisfying the needs of only one group of people, it is necessary for everyone to be included in social dynamics and express their opinions and views. Young people represent the future of society and they must strive to build it according to democratic values and principles” said Nikola Golubović the winner of the MLADI award for the multimedia content.

Nikola Golubović’s winning project ‘Media literacy: do you believe everything you see on television?’ (Medijska pismenost: da li verujete svemu što vidite na televiziji?) is a video in which Golubović satirically talks about the media situation in Serbia. The video depicts the importance of media literacy and critical thinking in recognizing misinformation, fake news and manipulation.

The MLADI project aims to encourage and enable civic participation of young people through media and digital presence. We want to empower young people in Serbia to be engaged, informed and responsible democratic citizens by raising their media and digital literacy and providing them with the necessary tools and channels to express their opinions to the wider audience.