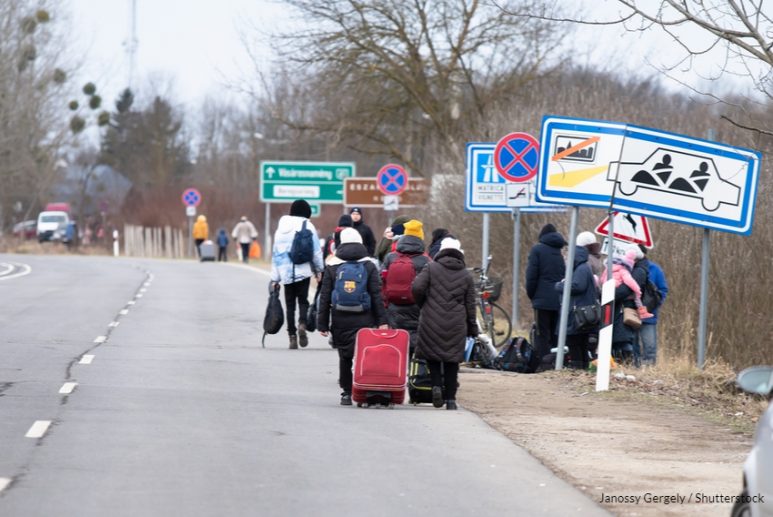 “The Right Kind of Refugees”: Racism in the Western media coverage of the conflict in Ukraine

Scores of journalists and influencers have called out racism in reports by some major Western media organisations describing white Ukrainian refugees as “civilised” and “European”, with the implication that conflicts “normally” happen in the “third world developing nations”.

Over six hundred thousand civilians have fled Ukraine to date, and the EU estimates that the number will go up to four million. The EU countries are “welcoming them with open arms”, lifting the normal rules for refugees and allowing them to settle where they want.

Following this important and welcome development, some European politicians seem to be struggling to explain this welcoming policy to their populations. A number of European politicians have been quoted describing the fleeing Ukrainians as “people like us”, “educated”, “intelligent” and “culturally close”, contrasting them with refugees from Africa and the Middle East. 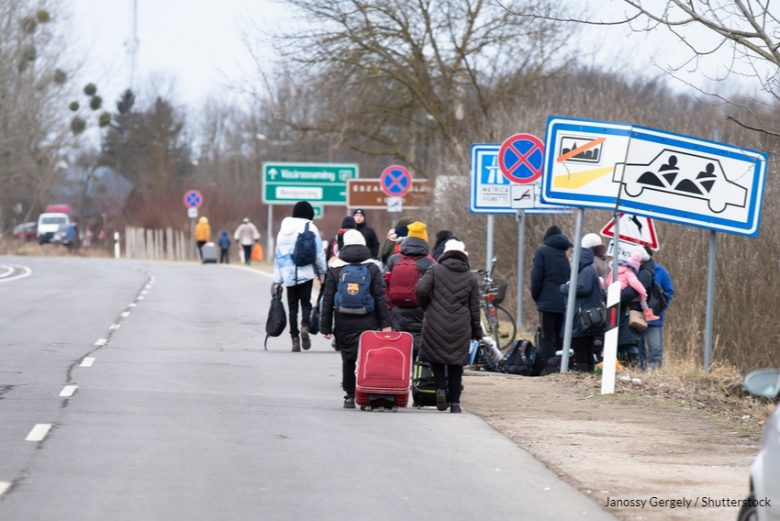 Jean-Louis Bourlanges, the chairman of the foreign affairs committee of the French National Assembly, was quoted on numerous sources as saying that the Ukrainian refugees will be “an immigration of great quality, intellectuals, one that we will be able to take advantage of”.

Similar comments were recorded from the Bulgarian Prime Minister who said, “these are not the refugees we are used to… these people are intelligent, they are educated people”. His deeply offensive comments were published on the Associated Press website.

And a former British Conservative member of the European Parliament Daniel Hannan, wrote in the Daily Telegraph of the Ukrainian people being attacked: “They seem so like us. That is what makes it so shocking. Ukraine is a European country. Its people watch Netflix and have Instagram accounts, vote in free elections and read uncensored newspapers. War is no longer something visited upon impoverished and remote populations. It can happen to anyone.”

“The warm welcome to the Ukrainian refugees contrasts sharply with the recent scenes of the refugees from Iraq and other Middle Eastern countries stuck at the Belorussian border”, says Guney Yildiz, Turkey Researcher for Amnesty International. Just weeks ago, border guards from Latvia, Lithuania and Poland used tear gas, water cannons and rubber bullets to push thousands of asylum seekers back into Belarus. The story of those refugees has dropped out from the Western media.

The newly found enthusiasm among some European politicians about the “right kind of refugee”, was accompanied by numerous reports of non-European refugees being blocked at the border while white Ukrainians were given priority. Initially these reports were dismissed by commentators as “Russian disinformation” but evidence mounted. After a British reporter with The Independent Nadine White followed this up with UNHCR, on Tuesday March 1st the organisation finally admitted instances of racism on Ukraine’s borders.

Scores of journalists and influencers have called out racism in reports by some major Western media organisations describing white Ukrainian refugees as “civilised” and “European”, with the implication that conflicts “normally” happen in the “third world developing nations”.

The clips which have been actively shared and condemned on Twitter were from CBS news (US), ITV news (UK), Al Jazeera English (Qatar) and BFMTV (France) – all major news networks with millions of viewers. Here is an example of one Twitter thread – published by a journalist with a large following on Twitter:

All these reports imply, one way or another, that Ukraine does not deserve to be attacked, unlike other, less developed parts of the world.

“This isn’t a place, with all due respect, like Iraq or Afghanistan, that has seen conflict raging for decades. This is a relatively civilized, relatively European — I have to choose those words carefully, too — city, where you wouldn’t expect that or hope that it’s going to happen.”

After an avalanche of furious responses on Twitter, D’Agata apologised on air the next day. He sounded genuinely remorseful as he explained:

“What I had hoped to convey is that what’s unique about the fighting underway here is that this country has not really seen this scale of war in recent years, unlike some conflicts in countries I’ve covered that have tragically suffered through many years of fighting.”

“I entirely agree with those of you who’ve messaged to say such comments shouldn’t pass without challenge. If you’re a regular BBC viewer, you can tell that I always try my best to do fair and rigorous interviews. In this case, though, I missed a question that needed to be asked. Thanks to those of you who picked me up on it. You were quite right to.”

It remains unclear why a politician with deeply racist views was put on air at all.

Last Sunday, Al Jazeera English presenter Peter Dobbie made a number of inappropriate comments describing Ukrainians fleeing the war as “prosperous, middle-class people” who “are not obviously refugees trying to get away from areas in the Middle East that are still in a big state of war; these are not people trying to get away from areas in North Africa, they look like any European family that you would live next door to.”

Al Jazeera later issued a long apology, promising to deal through “disciplinary measures” with “this breach of professionalism”.

In the UK, ITV News correspondent Lucy Watson reported from a train station in Kyiv that the “unthinkable” had happened to the people of Ukraine. “This is not a developing third-world nation,” she said. “This is Europe.”

Several commentators from BFMTV, a 24hour rolling news channel in France with 10 million daily viewers have made comments along the lines of “we are not talking about Syrians, we are talking about Europeans”, “we are in a European city having cruise missile fire as though we were in Iraq”, etc.

Are we betraying Ukraine or playing into the hands of the Russian propaganda when we call out such instances of racism in the Western media? Not we don’t.

“It’s possible to stand with Ukraine AND investigate allegations of poor treatment of some non-white refugees/students AND condemn racism in some news coverage. These are not mutually exclusive positions. Nor is it irresponsible to air those concerns.”, tweeted Sangita Myska, senior correspondent with the BBC.

In the UK, racism in the coverage of the war in Ukraine disturbed many non-white Britons. Stan Collymore, a twitter user with over 800k followers, spoke of an “alarming emotional disconnect in European media and society generally”. Like many, Collymore is clear that racist quotes are not mere “slips of the tongue”: “The Ukraine war for me, a black Briton, has thrown up more questions than answers as to the rights, place and future of the African and Asian diaspora in the UK and whether we can ever truly be seen and accepted as British.”

His comments are echoed in the statement issued by the Arab and Middle East Journalist Association, AMEJA:

“This type of commentary reflects the pervasive mentality in Western journalism of normalizing tragedy in parts of the world such as the Middle East, Africa, South Asia, and Latin America.”

AMEJA’s advises reporters not to fall into the old trap of comparing conflicts, countries, peoples and cultures: “Civilian casualties and displacement in other countries are equally as abhorrent as they are in Ukraine.”

Other journalists emphasise the growing importance of diversity in the media. “This is one of the many reasons why diversity enriches foreign reporting” – says the BBC’s South Asia correspondent Rajini Vaidyanathan. “This assertion that somehow European refugees are more civilised is offensive and borne from ignorance”.