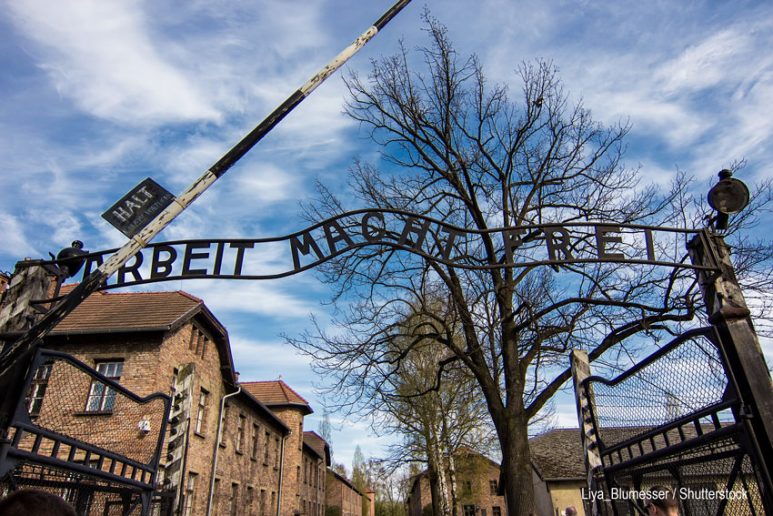 The Worrying Trend of Holocaust Comparisons

The use of Auschwitz imagery to discuss governmental reform in Greece is not acceptable.

In the Greek newspaper “Efimerida Ton Sintakton” (“The Journalists Journal”), a progressive mainstream daily publication, artist K. Grigoriadis used a cartoon to comment on attempted governmental reforms. Despite facing strong criticism by many in Greece, the Greek government is currently seeking to pass major reforms to the public education system. To protest these reforms, Grigoriadis uses imagery painfully similar to that of the Auschwitz concentration camp.

The cartoon shows a gate with barbed wire, and the top part of the gate in particular looks almost identical to that of the well-known Auschwitz concentration camp, as you can also see in the side-by-side images above. The writing on top of the gate says “Studies set you free”, a direct reference to the original text of the gate which says “Arbeit macht frei” (“Work sets you free”).  The sign on the barbed wire says: “Courtyard Time [as in prison yard time] for students: 8am-9am. 16.00 pm-17.00 pm. From the: Ministers of Civil Protection & Education and Religion.” 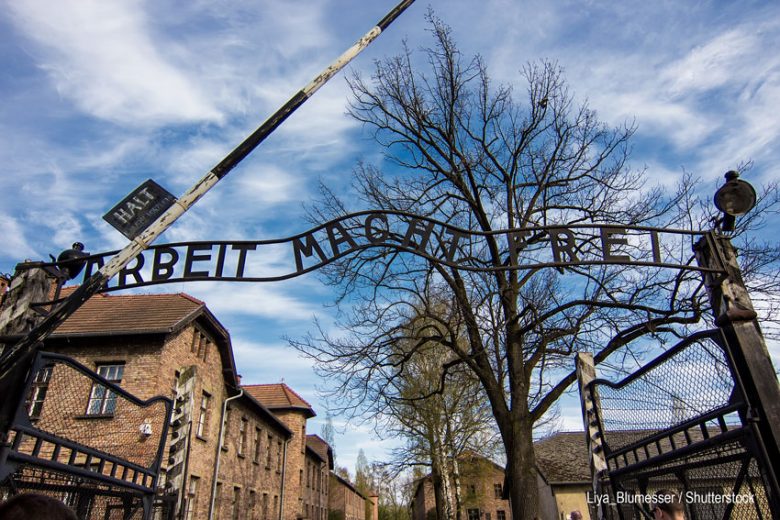 Holocaust comparisons are unfortunately not new. There have been many instances of people comparing present-day events and atrocities to the Holocaust. For example, some vegan advocated have been criticised for using Holocaust comparisons. The animal rights organisation People for the Ethical Treatment of Animals (PETA) has made direct comparisons between the treatment of animals in the meat industry to the way victims of the Holocaust were treated. Their campaign “Holocaust on Your Plate” partly took form as an exhibition where large photographs of concentration camps were shown next to images of slaughterhouses and factory farms, proposing that these two cases were the same. The campaign received much backlash, and in Germany the campaign was forced to stop because of a successful complaint filed by the Central Council of Jews in Germany. Activists who make these comparisons often argue that using the word ‘Holocaust’ makes a powerful connection in the minds of the public, helping them to sympathise with the seriousness of the issue. The issue here however, is the trivialisation of the Holocaust and its victims.  One can feel that the plight of animals in factory farming is an atrocity; however, it should be treated as a completely separate case to the Holocaust.

During the COVID-19 pandemic there have also been several cases of politicians and public figures, as well as some in the general public, comparing lockdown and other restrictions to those imposed by the Nazi regime. Shira Goodman explains in The Inquirer:

“We know why people resort to this language when passions run high — it is inflammatory and designed to send a very clear message. It is also lazy, ignorant, and hurtful, an effort to score cheap points and cast a complex debate in terms of “good” and “evil.””

“Asserting that governments are acting autocratically or anti-democratically — using just those words — is a strong charge. So, too, is the charge that a government is ignoring rules of transparency and accountability. Each of those claims stands on its own, without invoking Nazis or Hitler. We should be capable of engaging in debate and making political arguments without resorting to rhetoric comparing our opponents or critics to Nazis or invoking the Holocaust. To do otherwise belittles the unique tragedy of the Holocaust and deflects attention away from important discussions.”

Here Goodman makes a key point: one does not need to refer to past atrocities to discuss and explore modern-day ones. Millions of predominantly Jewish people were brutally murdered during the Holocaust because of their identity. Close to 7 out of every 10 Jews in Europe lost their life. Such immense loss and suffering cannot be compared to, as is the case here, government reforms. Doing so trivialises the Holocaust and is extremely degrading to its victims. It is disappointing to see this in Efimerida Ton Sintakton as the publication has a positive track record of accurate and fair reporting and calling out hate. Sadly, in this case they have made an insensitive editorial choice. The use of Auschwitz imagery to discuss governmental reform in Greece is not acceptable.

This cartoon was published in January, the same month during which we mark Holocaust Remembrance Day. We urge everyone to take some time to learn about and remember the lives lost during the Holocaust. If you would like to learn more about how antisemitic tropes, many of which were heavily employed during the Nazi regime, are still worryingly used today, please check out our resources.

For more on Antisemitic tropes visit Get The Trolls Out! Antisemitism Resources