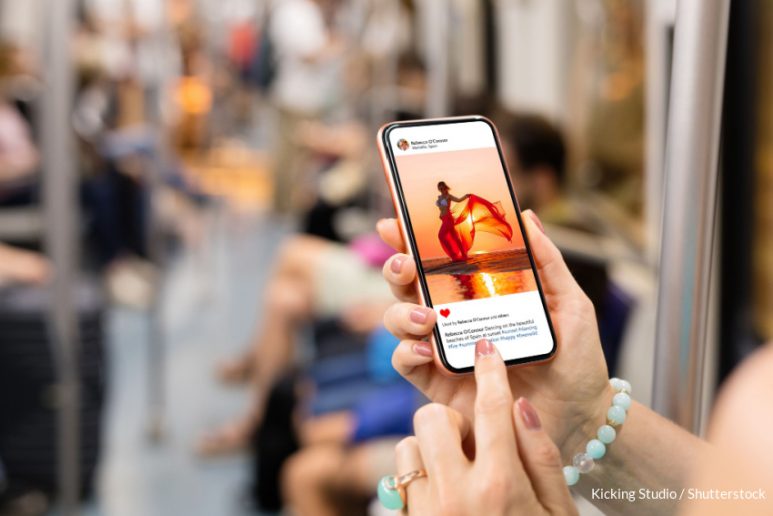 A deeper cultural change is needed to understand the impact of online and offline anti-fatness and to address the weight stigma and obsession with thinness that pervade our society.

Given their increasingly dominant role in our society, more and more research has focused on the impact of social media on people and their daily lives. One of the clearest and strongest effects of social media, especially those focused on the publication of images, is on body image. As some studies have shown, there is in fact a strong relationship between social media and body image and body dissatisfaction, and the consequences can be even more complex and worrying in particular situations such as pregnancy, the post-partum period and young age.

A new study, called ‘Content Analysis of #Postpartumbody Images Posted to Instagram’, analysed 600 images posted on the app using the hashtag #postpartumbody the majority of which focused on women’s bodies. The study revealed that only 5% of the images showed elements commonly associated with the postpartum body, such as stretch marks, caesarean scars or cellulite. Instead, most of the images showed bodies with ‘low or average levels of adiposity’, which also contradicts the high number of women of reproductive age with a ‘high body weight’ and the fact that many pregnant women usually gain more weight than recommended by doctors. 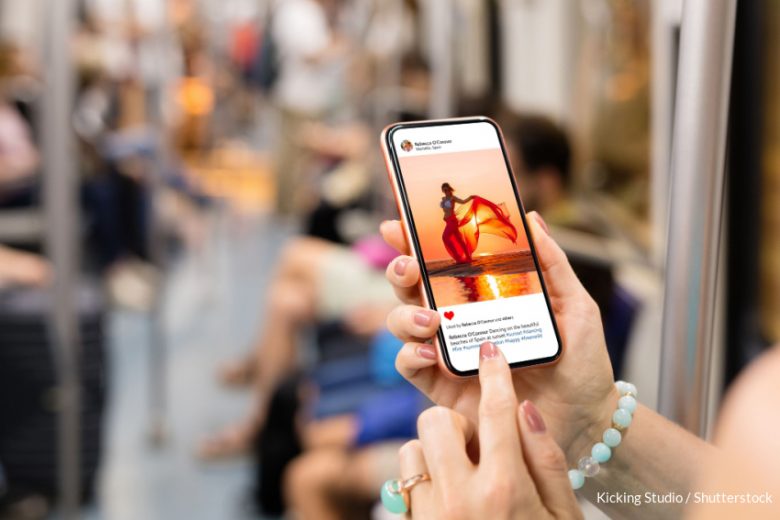 In addition, the study revealed that 40% of the women wore workout clothes, which the researchers see as a way to show that they were working out and “breaking the ‘hold’ that pregnancy had on them or ‘repairing’ their postpartum body”.

Dr Megan Gow, dietitian, senior lecturer at The University of Sydney Children’s Hospital Westmead Clinical School and one of the authors of the study, told The Guardian:

“It just puts an increased level of pressure on women who are already going through such a huge life change. […] They’re thinking about feeding their infant, they’re probably sleep-deprived… And then on top of that, they look at Instagram and think: ‘Oh, my God, I also need to be super fit, I need to be thin’.”

The research confirmed the findings of another study the researchers conducted in 2012, which analysed the stories of women after childbirth in Australian magazines. In this study, pregnancy appeared to be seen as “as a state that needs to be ‘recovered’ from, similar to an illness” and the narrative of celebrities who had just given birth often centred on the “expectations of the postpartum body to rapidly ‘bounce-back’ to the pre-pregnant state”.

“An overabundance of images with ‘ideal’ body types can be really challenging when your own body may be going through lots of changes beyond your control,” Lauren Smolar, Vice President of Mission & Education at National Eating Disorders Association, tells MDI.

Pregnancy and the postnatal period are indeed very delicate phases of life, in which everything – from the approach to the outside world to priorities and the body’s reactions – changes dramatically and, as the authors of the Australian study said, postpartum women are a “vulnerable group at increased risk of body dissatisfaction”, therefore “viewing such imagery may worsen body satisfaction” and lead to “experience feelings of inadequacy”.

According to Smolar, the consequences can be detrimental on a physical, mental and social level.

“When you are only seeing smaller bodies, it perpetuates a smaller appearance ideal and reinforces weight stigma. This can increase body dissatisfaction if an individual feels they don’t look like these ‘ideals’ which can increase the risk of an eating disorder,” she adds.

Smolar described the postpartum period as a “stage of life” that “can be very vulnerable” as can adolescence to which the researchers of ‘Content Analysis of #Postpartumbody Images Posted to Instagram’ had devoted an earlier study in 2021.

This previous research revealed that the Instagram posts with the hashtag ‘#weightloss’ visible to adolescents are body-focused images and mostly ‘before-and-after’ photographs.

‘Before-and-after’ photographs are particularly common in discussions about ‘weight loss’ and can not only have a negative effect on the way we perceive our own bodies and those of others, but also contribute to creating a detrimental environment particularly for fat people.

“Any pair of before and after photos that shows a human being sends a dangerous message: that certain types of bodies […] are better than others. Many people seeing these photos will themselves to look more like the ‘before’ than the ‘after’. And because the whole point of the before-and-after comparison is to say that the ‘after’ is better, they’ll likely end up feeling less-than, or like their bodies need to be ‘fixed’. Over time, this can lead to real harm.”

Weight stigma, mentioned earlier by Smolar, plays a key role in all this.

There is in fact this strong belief in our society that losing weight is essential “in order to gain dignity and respect”, as writer Evette Dionne clearly explained. For instance, talking about her childhood, she said: “The idea that I was worth less because of the size of my body seeped into every area of my life.”

According to a study conducted in the US, weight discrimination has increased significantly over the years and has been experienced in various situations – and social media is one of them. Stigmatising images and posts relating to weight gain were, for example, very common during the pandemic, while a large number of tweets following a fashion show were found to be focused on comparisons with models, body dissatisfaction, disordered eating and self-harm. Furthermore, attacks on fat individuals were found to be more common than comments on their defence on YouTube.

Another problem comes from the social media platforms themselves. While social media has become an essential platform for the fat acceptance movement, with various activists using it to provide information, education and awareness, there are some speculation that Instagram’s algorithm automatically bans photos showing larger bodies and posts about fat acceptance.

On the other hand, many users complain that the more they consume body-positive and fat-accepting content on social media, the more they become targets of weight loss and diet advertisements.

According to the researchers, the first step social media platforms should take is to include weight stigma and discrimination in community guidelines. For example, Pinterest published a new policy in 2021 stating that it would “limit the distribution of or remove” content and accounts based on “hateful activities” towards “protected and vulnerable groups”. Among these, Pinterest included “people who are grouped together based on weight or size”.

Another suggestion made by the researchers is to invest in the development of “robust content moderation teams that feature diverse experiences and backgrounds with adequate training in identifying weight stigmatizing content” as well as the inclusion of “labels for weight stigmatising material” into “training data for machine learning algorithms”.

On the other hand, the authors of the analysis of #Postpartumbody Images posted on Instagram believe that “conveying health information on Instagram may be necessary to interrupt potentially harmful content.”

All these proposals can be useful to limit discriminatory attacks on social media or to oppose and mitigate the message that some content can convey. However, it is not enough: an even deeper cultural change is needed to understand the impact of online and offline anti-fatness and to address the weight stigma and obsession with thinness that pervade our society.