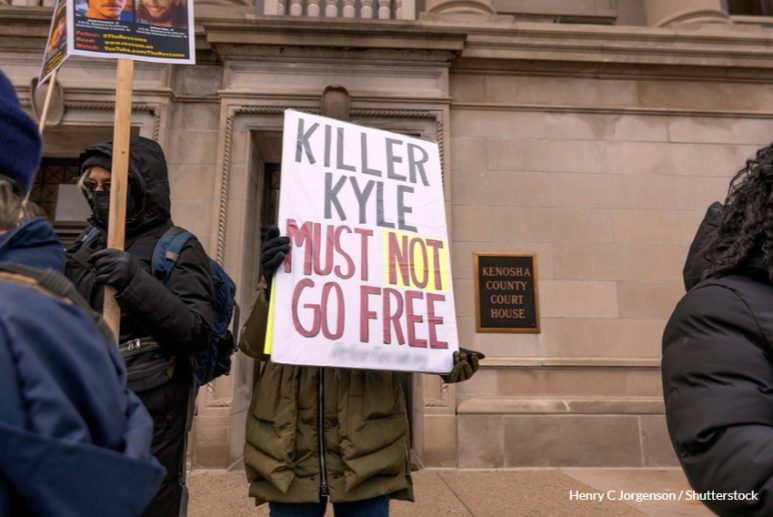 When US Outlets Cover Black Shootings: An interview with Michael Gaskins

"I do not believe Black Lives Matter (BLM) has been understood by all journalists. I believe this is another story subject that is framed in part by who is reporting it. - Michael Gaskins

Within the space of a week in America, the world watched the two verdicts of court cases that were highly anticipated. One – the trial of Kyle Rittenhouse, a white man arrested after fatally shooting two people and wounding another during protests against police brutality in summer 2020 in Kenosha, Wisconsin. Two – three grown who were convicted of murder for the death of Black man Ahmaud Arbery, who they shot and killed in February 2020 while Ahmaud was jogging in his neighbourhood.

Verdict? Not guilty, and guilty. Many viewers watching this trial were stunned that Kyle Rittenhouse was acquitted. Some not surprised, several disappointed. A white man walks free for a crime he commits, and that’s down to a jury who disagreed that he intended to shoot. How can a jury be so sure? Would the assumption be the same had Kyle Rittenhouse been a Black man? Considering the state of where we are in the world when it comes to white privilege,  we know that this would not be the case. 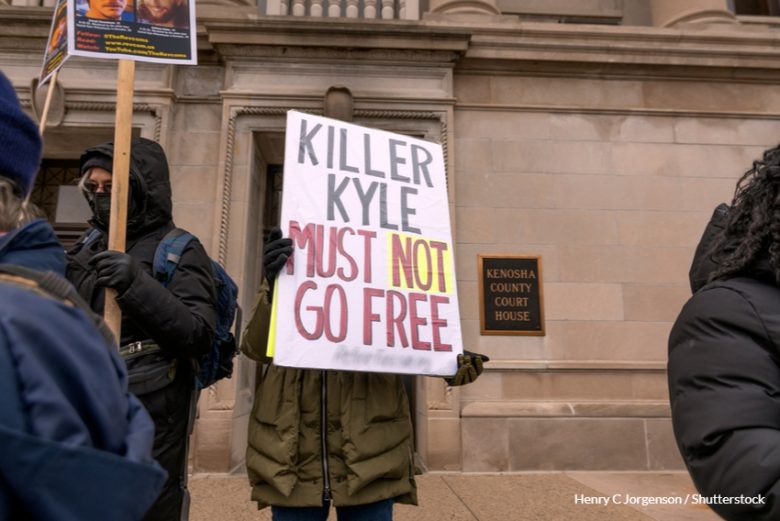 This is a story based in the US, with a complex justice system, and an even more broader media landscape. I speak with

Media Diversity Institute reached out to Michael Gaskins, a media professional for over 20 years, and recent Master of Science Graduate at Drexel University, a private research university in Philadelphia, Pennsylvania.

We get into this conversation by starting with a key question based on representation:

MDI: From your knowledge, how are issues addressing police brutality usually discussed in the news?

Michael Gaskins: Great question, in the US it depends on where (region) and who is reporting police brutality. Conservatives get their news from the cable network, Fox News, which usually supports law enforcement showing police in a positive light. Liberals generally watch news outlets such as the broadcast network news outlets of ABC, CBS, and NBC as well as cable networks CNN and MSNBC. These networks will show some stories about police brutality but only on a national level. It is very rare when you see any in-depth coverage about a topic so divisive as this one. Conservatives want to hear more about blue lives matter than police brutality so Fox News will show more people looting and being unrulily out in the streets. Meanwhile, liberals want to hear more about protests and marches towards changing how policing occurs in urban areas. Unfortunately, there should be some coverage that examines how policing can be done right and how communities can support those police officers who do the right thing.

MDI: how would you say Black Lives Matter has been understood by all journalists?

Michael Gaskins: I do not believe Black Lives Matter (BLM) has been understood by all journalists. I believe this is another story subject that is framed in part by who is reporting it. For example, Fox News and other conservative outlets will typically portray Black Lives Matter (BLM), often a domestic terrorist group with no plan of action, against all forms of law enforcement. At the height of BLM, liberal news outlets showed more of the peaceful demonstrations and some of the aims and messages of the protestors. Today, you do not hear much reported about BLM as they are amid leadership changes. There are new groups and individuals across the country protesting civil injustice along with your old traditional advocates like Reverend Al Sharpton.

MDI: Have you seen much change from how headlines are described when discussing a white perpetrator? Eg. He was innocent, he had mental health issues – in comparison to a Black innocent life.

MDI: How was the Rittenhouse case presented in the news?

Michael Gaskins: The Rittenhouse case coverage started the same way with all the American media outlets retelling what occurred and what happened during the trial. That all changed once the jury made their decision. Networks brought in their legal experts to talk about what happened and to give thoughts on how the jury arrived at their verdict. Conservative outlets believed the verdict was a victory for freedom, Rittenhouse was the victim who was placed in the 21st-century style witch-hunt being convicted before even having a trial. Liberal outlets placed blame on how the prosecution handled the trial and some even called for the removal of the trial judge. For conservatives, it was about the right to carry and self-defense. Liberals became more concerned about what defines vigilantism.

MDI: Did the Rittenhouse case shock you?

Michael Gaskins: Not really. An 18-year-old white male was acquitted on murder charges of shooting and killing two white men and wounding another white man during unrest after the shooting of a Black man by a white police officer. The then 17-year-old, Kyle Rittenhouse traveled 21 miles or approximately 30 minutes, from Antioch, Illinois to Kenosha, Wisconsin armed with an AR-15. This now opens a huge discussion point in America, who can carry a weapon? We saw the signs of this type of verdict coming down the pike all along with the hunting videos of Rittenhouse walking towards protestors as police officers casually walked by him. That’s when I knew Rittenhouse would be okay and he would go on to live a life as a free person. He was viewed as a non-threat by the police. So, no I was not shocked by the verdict. Well, see if this verdict will embolden more people to do exactly what Rittenhouse did, if so, God help us.

MDI: How about your thoughts on the Arbery murder trial outcome?

Michael Gaskins: This verdict on the other hand did surprise me. You saw a young Black man, Ahmaud Arbery, hunted down and murdered while out jogging by a white father and son who claim they were doing their civic duty protecting the neighborhood. The case took place in Georgia, land of the old south, location of the famous film and novel “Gone with the Wind.” The jury had the right make up for the defendants to get off, 11 white jurors to one black juror. I can only imagine what that was like for the one black juror. I am also sure the defendants were shocked with the verdict as well especially since what happened in the Rittenhouse case. They probably felt very confident they would be able to come home for the holidays. I wonder what would have happened if the Rittenhouse case took place in Georgia and the Arbery cause occurred in Wisconsin. I seriously doubt results from this case will deter the killing of innocent Black people. To be Black in America, you are always on high alert and must be always aware of your surroundings. Maybe now people in Georgia will think twice about taking the “law into their own hands.” Unfortunately, I would not bet any money on it.

MDI: How can the media better present victims of racial injustice?

Michael Gaskins: I think the media should do more investigative reporting. Tell me more about the lives of the victims. Who were they? What did they do? What did they stand for? Who are their loved ones? What were their accomplishments? Show me more than one picture and tell me more than just one story about the victim. The media must show that these victims were very much human beings. The colour of their skin did not matter. Most of us want to live, love, and be at peace with our neighbours. The media can show what happens to a community when a victim dies. I would love to see reports of the neighbourhood today. Do the Black people feel safer in Wisconsin or Georgia since the verdicts? We need to continue the conversation. Right now, everything is divided by political lines which further exacerbates the racial divide as well.