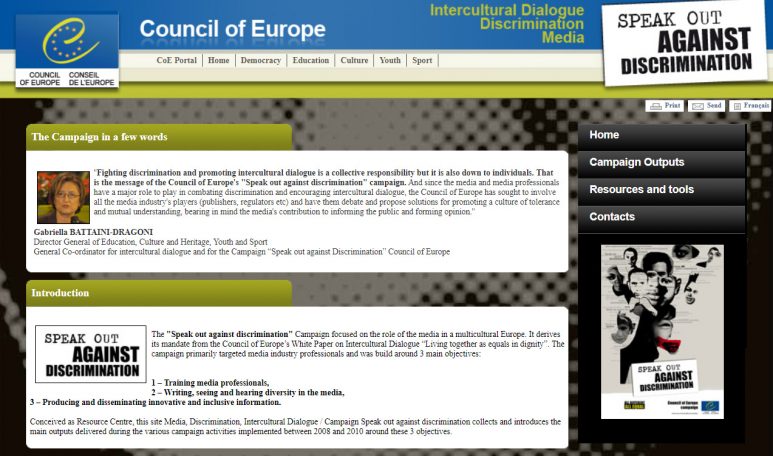 Workshop in Budapest for the European journalism schools, partnering the campaign “Say no to discrimination”

As part of the “Say No to Discrimination” campaign, the Council of Europe, in conjunction with the European Union’s Fundamental Rights Agency, is holding a workshop for representatives of journalism schools and other media training institutions.

Improved human rights training for journalists is one of the focal points of Council of Europe co-operation with the Fundamental Rights Agency. The meeting will concentrate on journalism training practices regarding intercultural issues and discrimination that have already been tested in various European countries.

These practices will be incorporated into guidance manuals for those involved in training journalists. Some thirty European training schools and centres from 20 Council of Europe member states are participating in this working group under the campaign’s auspices. The group’s latest meeting was in Vienna on 26 and 27 November 2009.

In the first half of 2010, a training pack and module on interculturalism and combating discrimination for journalism training establishments will be circulated and put on line on the campaign site.

‘Courtesy of the International Journalists’ Network’