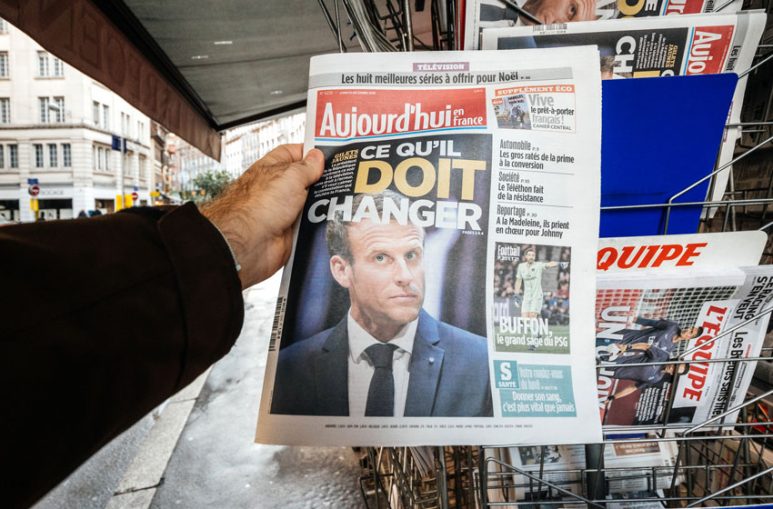 This concept of "Americanisation of the debate" has a lot of political traction, appearing repeatedly in statements of support by politicians for the anti-intersectional movement.

Coming into 2021, France’s political and media landscape was dominated by news of the Coronavirus vaccine, the virus’ novel variants, and the assault on the Capitol building in Washington DC. Yet if you were reading French newspapers Le Point, Le Figaro, Le Monde, or watching TV channel CNews, you might have believed  that the true threat to France is the “Americanisation” of social sciences in French universities. “Gender, identities, cancel culture… The fantasy of the American peril“: the presumed culprits are made clear, and the front lines are drawn – both across the Atlantic and within universities – for the latest battles of the French culture war.

The issue, according to a growing list of critics, would be that French universities are host to “indigenist, racialist, and ‘decolonial’ ideologies (transferred from north American campuses)…[which]…nourish a hatred of ‘whites’ and of France“, as stated in an open letter in the most-read French daily newspaper Le Monde. Some of these critics have even gone so far as to found a semi-satirical “Observatory of Decolonialism and Identitarian Ideologies“, which showcases collections of supportive press articles and open letters next to satirical “thesis title generators”, aimed at mocking the language and ideas of intersectional and post-colonial social sciences. 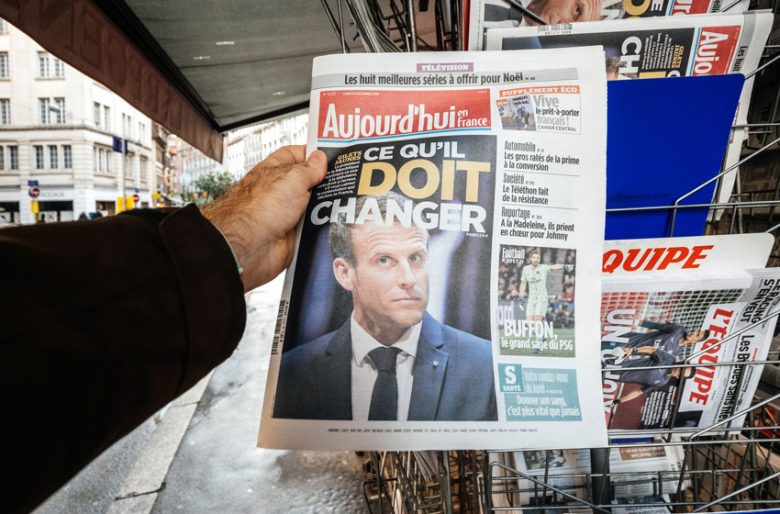 These academics’ outcries have a large amount of traction in the political sphere: from two MPs from France’s right-wing Republican party who called for “the president of the National Assembly [to] create a fact-finding mission about the intellectual ideological abuses within the university community”, to the Minister of Education – Jean-Michel Blanquer – who, in an interview in popular weekly newspaper Le Journal du Dimanche decried an  “intellectual template coming from American universities and intersectional theses which want to essentialise communities and identities“.

Indeed, even French President Emmanuel Macron, in his 2nd of October speech denouncing Islamist separatism, condemned “certain theories in social sciences completely imported from the United States of America with their problems“.

This political support for the charge against intersectional theses is now even being translated into law, both with the highly controversial “Law for the programming of research” and now with the upcoming “Law reinforcing the principles of the republic”, which is the current evolution of Macron’s anti-“separatism” efforts.

Despite this academic denunciation’s reach, the phenomena it aims to combat are not entirely clear: Intersectional feminism, post-colonial studies, critical race studies, cancel culture, the concept of “woke”-ness, and even the practice of inclusive writing.

“Firstly, what we can see is that the discourse is indeed very confused, mixing together works and currents of thought that in fact don’t have much to do with each other,” explains sociologist and researcher Dr. Sarah Mazouz.

“What is also striking is that we can see the extent to which those who brandish these terms like scarecrows do not know the works that underpin these concepts, and that they project a caricatural and completely fantastical view of them,” she continues.

Dr. Mazouz, whose research involves critical race studies, has already published an epistemological analysis of resistance to the concept of intersectionality, and sees in the current polemic more of the same:

“A discourse [which is] more normative than scientific, to play on fears of Americanisation: The idea that people would use these conceptual tools to apply to France things which are true for the United States but not relevant to France.”

This concept of “Americanisation of the debate” has a lot of political traction, appearing repeatedly in the above statements of support by politicians for the anti-intersectional movement. But for Dr. Mazouz, it’s a fallacy:

Dr. Mazouz explains this through the shared history of the countries:

“They’re both 18th century revolutions which promoted equality, but while also building on a system of racial exploitation in both cases. For France, in the colonies notably the French West Indies. For the United States, in the south of the country.”

For the more than 23,300 protestors who marched on French streets across the country in June of 2020, this parallel between French and American colonial legacies of racism is no surprise. The protests, which swept through France as a reaction to the horrific killing of George Floyd in Minneapolis, were galvanised by France’s own anti-racist organisations, among them the increasingly well-known Justice for Adama Traoré Comittee, named after Adama Traoré, a 24 year-old black French man who died asphyxiated while in police custody in 2016. However, faced with a new wave of popular mobilisation the government’s reaction was marked by denial, arguing that “France is not the US“, and denying the parallel between the deaths of George Floyd and Adama Traoré.

The denial of the relationship between popular mobilisations and police violence on both sides of the Atlantic is clarified by Dr. Maboula Soumahoro, an associate professor of Africana Studies and U.S. Studies at the University of Tours:

“It’s a politically organised denial on the treatment of racial issues or anything pertaining to race. According to the fifth republic – which is the constitution we’re living under in France – France is a nation-state that does not recognise racial or ethnic particularisms, and that’s the only way to frame public and political conversations.”

This frame is exactly what these academics are struggling so hard to defend, and the French media is increasingly willing to give them a platform to do so: Just this year, right-leaning weekly magazine Le Point has published eight articles by signatories of the “Appeal of the Observatory of Decolonialism”, and twelve more articles targeting the concept of “decolonialism”. However in France’s diverse media landscape, the outlets promoting these arguments aren’t solely conservative: In the January edition of left-wing scholarly monthly Le Monde Diplomatique sociologist Stéphane Beaud and historian Gérard Noiriel, both elder statesmen of France’s socialist academic current, published a long-form piece denouncing the “Impasse of identitarian politics“, assimilating critical race studies with right-wing identitarianism with this choice of of phrasing. Even on France’s traditionally left-of-centre public service radio, in a recent morning interview with Interior Minister Gerald Darmanin, journalist Léa Salamé asks:

“If we speak of what’s happening in our French universities: these racialist, indigenist ideologies that come from American campuses…This ideology of differentialist ideas, you don’t get the impression that it’s gaining ground every day?”

This effect of this normalisation of a denial of questions of race in the public frame has even been analysed for its effects on social movements which represent racial minorities, as shown in a study by media and communications scholar Marion Dalibert. In this study, Dr. Dalibert analyses three of France’s best-selling daily newspapers and its three most-viewed television channels, to show that the minority social movements that “gain media access are those that that promote an identity that meets that of the French nation”.

This omnipresent media frame that elides questions of race is at the heart of the debate for journalist, documentary filmmaker, and author Rokhaya Diallo. “I think [this polemic] it’s once again a way of making people believe that these debates are not French,” she explains.

“The idea that we can’t speak about racism in France because it’s an American problem, is a way of exempting ourselves [of responsibility] by saying that we’re importing issues that don’t exist.”

For Diallo, the reason France has such a difficult time discussing race and racial issues is clear:

“Because it’s a country that still carries on living as if it were a white country, that doesn’t live as a multicultural country, and that therefore ignores a large part of its population and of its own culture. And also because it’s a country that refuses its colonial history, its history of slavery, because it mostly took place far from the hexagonal territory, in what were its colonies.”

[By “hexagonal territory”, Diallo refers to the mainland of France on the European continent, as opposed to its overseas territories.]

“They say that colonisation was a long time ago, that it wasn’t in France, that there wasn’t slavery in France – though the French West Indies are still a part of France – and they tell you that you’re ‘Americanising’ the debate.” summarises Diallo, in a scathing reply to those who bear such accusations.

“But to that I say that France is in America: Guadeloupe is France, Martinique is France, and Guyana is France, so there’s no americanising the debate because France is also American. And as for racial theories: The racism that prospered on American soil is also a European product.”