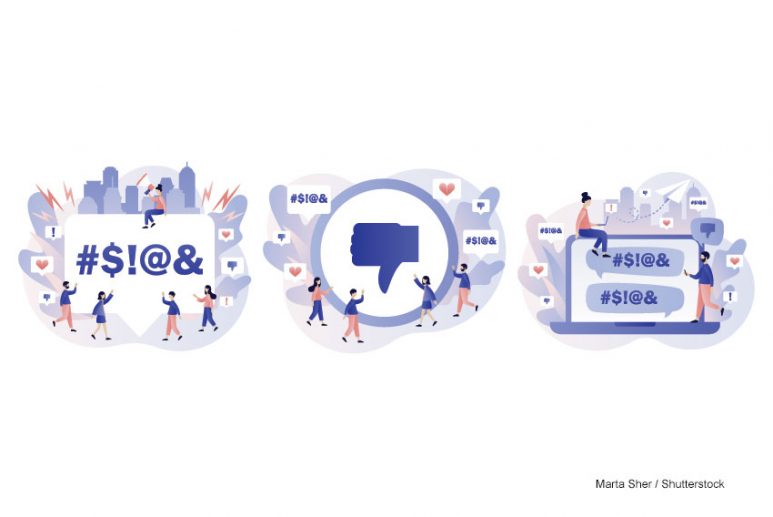 Inclusive Media, Cohesive Society (IMeCS) is a two-year project which aims to foster a media sector that contributes to a pluralistic, inclusive, and cohesive society in Lebanon. The lead partner on the project is the Samir Kassir Foundation, working together with Media Diversity Institute and the Thomson Reuters Foundation.

Inclusive Media, Cohesive Society (IMeCS) is a two-year project which aims to foster a media sector that contributes to a pluralistic, inclusive, and cohesive society in Lebanon. The lead partner on the project is the Samir Kassir Foundation, working together with Media Diversity Institute and the Thomson Reuters Foundation.

The project aims to ensure that media platforms, including social media, provide a fair representation of all components of the Lebanese society and to equip marginalized groups and hate speech victims with the necessary tools to combat hate speech and empower them to express themselves freely. 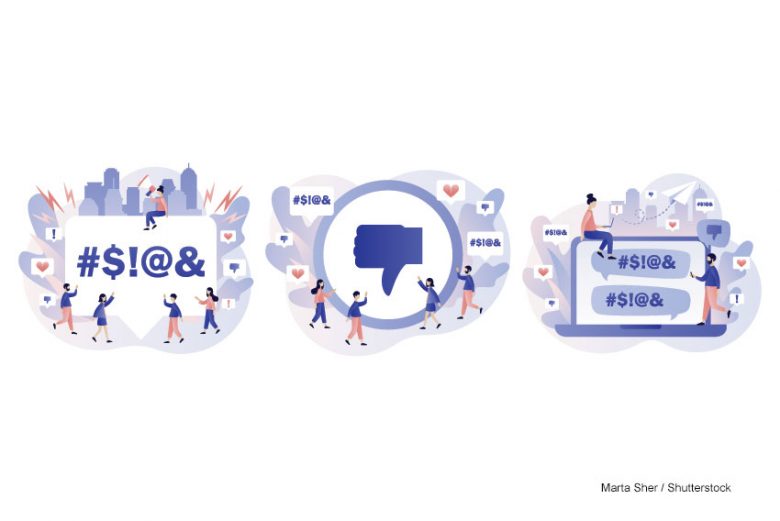 The Media Diversity Institute (MDI) started a series of online workshops on countering hate speech. The MDI held three workshops so far exploring the tools and techniques for countering hate speech online, mostly on social media platforms in Lebanon. The participants – students, CSO activists and journalists discussed the examples of hate speech and prevailing narratives against Syrian migrants, women, LGBTQ community and others. Apart from debating the ways of countering hate speech online, the MDI trainer Dasha Ilic introduced the Get the Trolls Out! (GTTO) mechanism for fighting religious intolerance online, and creative ways of the GTTO team towards more inclusive and tolerant media and digital space.

Each month the Samir Kassir Foundation that is a lead partner of IMeCs monitors Lebanese media for hate speech examples. The latest two reports are now available online.

As highlighted in the past monitoring report of this series, the predominant topic of discussion in the Lebanese media remains the worsening of the multifaceted crisis and its consequences. Even if International Women’s Day (IWD) managed to garner more attention towards women’s issues, this trend faded in time, while sexual harassment, bullying, and online threats still shaped the online discourse. This can be seen, as mentioned, on Twitter which was shaped by inflammatory rhetoric and misogyny as experienced by MP Paula Yacoubian. Meanwhile, it is worth noting that even if TV stories surrounding women increased during IWD, minority-related stories only take up a minimal amount of space which makes it clearer that such issues are either seen as culturally unimportant, unappealing or simply less worthy.

Similarly, migrant workers were not a subject of discussion unless it was related to their return to their home countries in large numbers, due to Lebanon’s worsening overall situation. As seen in the Facebook section, news sites primarily cover the issues related to migrant workers but do not highlight the human struggles, instead showing little to no solidarity. Certain social media pages remain some of the most consistent supporters of specific or multiple minorities. Another example of “occasional activism” can be seen when it comes to the LGBTQ+ issues that did not make an appearance in any media this month either. Other than that, minority rights as an issue remains an occasion-based topic rather than a continuous cultural shift.

Meanwhile, and in direct link to the worsening overall situation in Lebanon, sectarian based discourse remains an integral factor which fuels hate speech in the media. With this in mind, a significant portion of tweets also attacked protesters in Lebanon based on sectarian grounds and spread provocative, emotionally charged content. Here lies part of the problem, it would seem: there is a severe shortage of empathy, coupled with an overflow of anger and resentment which is being channeled towards marginalized communities. The unfortunate reality remains that, with the exception of IWD this month, the rare times in which minorities in Lebanon do recieve any kind of media spotlight, they tend to be met with apathy at best and inflammatory speech at worst.

Overall, the crux of this report continues to be the marginalization of those for whom equal opportunity remains elusive. The piling up of crises in Lebanon has, if anything, placed marginalized communities either in the outright dangerous position of presumed scapegoats, or the precarious position of being indefinitely side-lined.

Even a month before the International Day Against Homophobia, Biphobia, and Transphobia, issues related to the LGBTQ+ community were largely overlooked, even non-existent. Moreover, while some stories have raised the importance of access to vaccines for all people, including refugees, migrant workers, and people with disabilities, this media coverage is no match for the hate speech propagated against them. In this regard, Facebook offers a clear picture of the stated dynamic. Despite the vulnerability of refugees in Lebanon, this community is systematically targeted as responsible for Lebanon’s multifaceted crises, especially by political forces such as the Lebanese Forces, or the Free Patriotic Movement.

At the same time, despite a slight increase in coverage of gender issues on Women’s Rights Day last month, it seems that the common trend has resumed. Even if one can point to the general outrage over the murder of a female Bangladeshi worker, hate speech against women is still consistently present. Thus, the mention and positive representation of marginalized communities in the media is only done on an ad hoc basis at times when it cannot really be avoided. Otherwise, marginalized communities continue to be stigmatized, vehemently rejected or subjected to online violence.

The crises make daily life difficult for a majority of the Lebanese. It is, therefore, crucial that issues related to marginalized groups be addressed in order to ensure that no community is left behind, or worse deliberately held back. The lengthy, multifaceted crises are stretching the Lebanese social fabric and bringing it closer to a breaking point; the impact that hate speech can have on said society could tip the balance one way or the other.