Muslim and LGBTQ? A Diversity Battle Plays Out In Birmingham 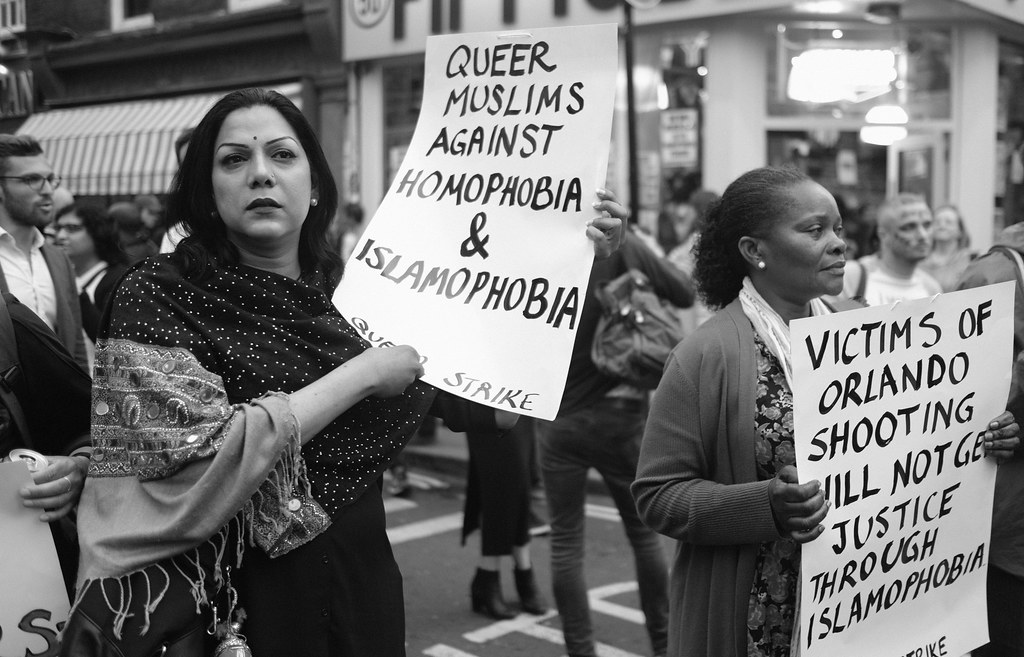 Over the past six months, a diversity battle has been playing out in Birmingham.

Earlier this year, Birmingham teacher Andrew Moffat started a diversity and tolerance program in his grade school classroom, using a dog who doesn’t feel like he fits in, two penguins who are raising a chick together, and a boy who likes to dress up like a mermaid to illustrate that it doesn’t matter who someone loves or how someone identifies—it’s important to accept them no matter what. However, as simple as this lesson may seem, it ignited an uproar

Many of the more conservative members of the Muslim-majority city are upset that their children are being taught about same sex relationships in school, and have been writing to the school administrators, and staging protests. One of the schools has stopped lessons altogether, in order to keep the peace.While it might be the first time that there have been protests over a fictional story about vaguely gay penguins and their non-biological offspring, it is hardly the first time that conservative religious values have come head-to-head with whether or not gender and sexual identity issues should be taught in public schools. In some cases, Christian parents have been just as vocal as their Muslim counterparts about whether or not LGBTQ tolerance should be taught in schools.

Around the world, religious values versus secular values have created ideological battlegrounds  over everything from whether or not Muslim girls and Jewish boys should be able to wear headscarves and kippas in France, to the appropriate kind of sexuality education in schools in the United States.

Despite the ubiquitous nature of this story’s theme, many mainstream UK media outlets—notably the Daily Mail and the Sun—have used this as an excuse to smear the Muslim community. Their op-eds refer to Muslim parents against the classes as “fundamentalists” and “extremists,” language that is used to describe members of the Islamic State, or terrorists—not every day British Muslims. Many are accusing the parents of creating a violent atmosphere at the schools, even though they’re just exercising their right to freedom of expression and assembly.

Most disturbingly, this coverage paints all British Muslims with a broad brush, and erases the diversity of opinion within the Muslim community—and the existence of LGBTQ Muslims themselves, an increasingly visible minority. While the Guardian sought to rectify this, by profiling LGBTQ British Muslims, many reported feeling “caught in the middle,” forced to choose between their sexual identity and their faith in an impossible battle.

In some cases, LGBTQ Muslims are using it as a chance to increase their visibility. Last month, many kicked off Birgmingham’s pride celebration, leading the parade in the divided city. Around the world, increasing numbers of LGBTQ-indentifying Muslims are coming out publicly, arguing that the hadith in the Qu’ran that many use to argue that homosexuality has been misinterpreted, and is irrelevant to modern times—making the battle between identities a little bit less impossible.

While recognizing that many of the parents come from a conservative background, Fiyaz Mughal of the UK-based Islamophobia monitoring organization Tell Mama UK asks Muslims in the Birmingham Muslim community to reconsider the “No Outsiders” programme as one preaching tolerance, and remembers the difficulty that his organization faced getting anti-racism and Islamophobia workshops in British schools.

“It was no easy feat as some institutions shy away from engagement, almost fearful that tackling bigotry was too sensitive for them,” he writes in the pages of the Independent.

“I could hedge a pretty firm bet that the mothers complaining about Parkfield Community school would advocate for such a project, and that they would back projects that tackle Islamophobia and which reduce hatred and intolerance against Muslims.”

He is also deeply afraid that many of the more vocal parents will play directly into the hands of right-wing parties like UKIP, and only bolster their Islamophobic narratives in the political arena. A fear that has already proven to be founded with a tweet from the political party itself.

The best way to resist this? Examine and explore the diversity of opinion within the Islamic faith, and encourage tolerance, coexistence and celebration of all identities.

For more about Tell Mama UK’s advocacy work, click here. To read our recent piece about gender identity and the media, click here. For our advice on how to support friends during Ramadan, click here.