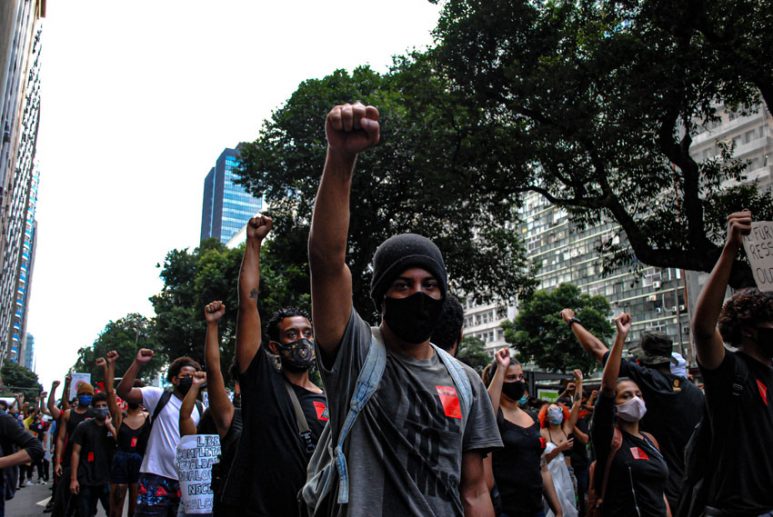 Despite efforts to diversity the media in Brazil, such as communication collectives in slums, racism is still prevalent.

Emily dos Santos (4) and Rebeca dos Santos (7) where playing outside their homes in Duque de Caxias, in the metropolitan region of Rio de Janeiro, when they were hit in the head and abdomen, respectively, on Friday night, December 4. Both kids, who were cousins, were hit by stray bullets and the family accuses the Military Police of being responsible – the corporation denies. According to data from the Fogo Cruzado app, which monitors shootings in Rio de Janeiro, in 2020 alone some 22 children under 12 were shot, 8 died, most of them living in favelas and poorer communities of the metropolitan region.

The deaths of the girls also caused commotion because of the way their deaths were reported – activists criticized, for example, the coverage of Folha de São Paulo, the country’s leading newspaper, which reserved only a footnote on its cover for the story. 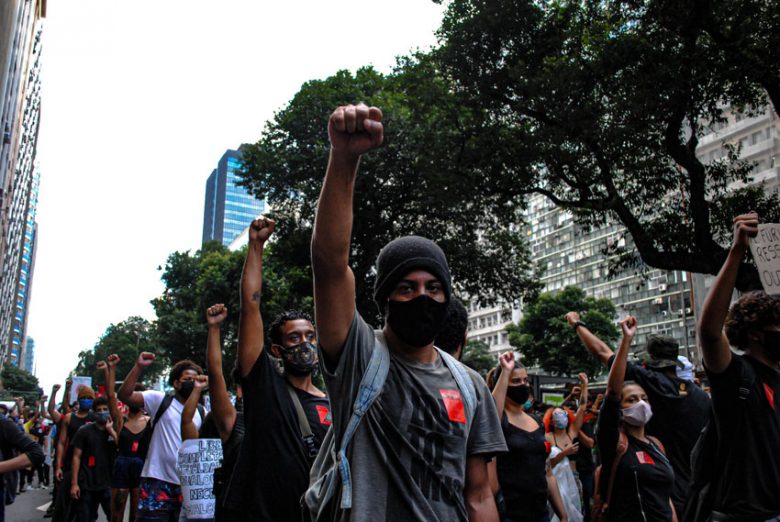 On 19 November, the eve of the Black Conscience Day which commemorates the supposed date of death of the black hero Zumbi dos Palmares (Nov. 20), João Alberto Silveira Freitas, 40, a black man, was beaten and asphyxiated to death by security guards of a Carrefour supermarket in Porto Alegre, southern Brazil.

The violent action – not the first committed by Carrefour’s security guards in the country – was captured by cameras and shocked Brazil, causing revolt and indignation. The next day, demonstrations that had already been called to protest against racism ended up taking Freitas’ death as a symbol of the racism that permeates Brazilian society. In São Paulo a Carrefour market was ravaged and set on fire, while protests spread throughout the country, recalling the beginning of the Black Lives Matter mobilizations after the death of George Floyd. While the case was gaining media attention, CNN Brasil denounced the demonstrators as “vandals” and lamented broken windows, showing the racist bias that still persists in Brazilian media.

The relationship between Brazilian media and the issue of racism is… complicated. While Globo News, the biggest cable news network and Rede Globo, the biggest TV channel, seem to be learning how to discuss race-related issues, CNN and other TV channels as well as newspapers often fail to portray accurately the situation – they are often biased and also racist. Also, Blacks and mixed race are underrepresented all over media.

The presence of black journalists, apart from being small, is usually only punctual in various programmes and newspaper pages. Media reporting on slums and police violence often tends to privilege coverage that criminalises more vulnerable populations – which rarely have their side heard.

“I understand that there is a sensitive, albeit timid and insufficient change” in the way media portray Black people and their struggle, says Vinicius Wu, researcher at the Pontifical Catholic University of Rio de Janeiro.

“[I]t is undeniable that increased vigilance and public debate itself about racism and exclusion of blacks and black people have encouraged a change in the stance of traditional media. It is clear that there are environments and decision-makers more susceptible to this pressure from society and others that remain impervious to this whole process of awareness by large parts of Brazilian society,” Wu tells MDI.

And the social networks have played an important role in this regard, Wu notes, adding that

“there is still much to be achieved, but the reflection that has been made on the invisibility of the racial question in Brazil – on its own – already puts us on a much higher footing than has been the case until recently in the country.”

She recalls that last year, the popular interview programme Roda Viva set up a stand with only black journalists to debate racism and says that “it is good to see black people appearing on television, but we also know that for the rest of the year we don’t have these black people debating other, different subjects”.

“You have a very punctual appearance of certain names, certain faces, it is a limited representation that will capitalise the company. This company that is inserting non-white people in its programming. The presence of black people in journalism, it needs to take place from within, from the very spaces of power, from decision-making. The Brazilian press needs to reflect on the fact that it has always been a press built on racist practices,” Moraes continues.

Preto Zezé, president of the Unified Center of Favelas (CUFA), agrees. “To occupy the media helps in representation, but it needs to have practical unfolding in people’s lives,” he says. Zezé sees three distinct moments in the way the mass media has portrayed black people’s struggle for recognition.

The first, he says, “was to ignore the processes, the constructions in progress, and then we were forced to build our own media, our own channels, our own forces. I particularly engaged in the 1990s with Rap and grassroot movements, [we] had no media but our own newspaper, we had to make a community radio, our own  connections so that we could be heard and guide our agendas.”

In many parts of the country, residents of favelas, mostly black, end up creating their own media and networks to spread the word about what is happening in their communities and what affects their lives, as they often feel excluded from traditional spaces and traditional media.

“[Then] we had a moment in which our agenda advanced, became more public, because there is an issue about Brazilian racism – publishing [about] the issue is a constant threat to the debate about Brazilian structural racism and we managed to pierce that blockade and publicly address several agendas on the racial issue and there was no turning back. Before it was denialism and then came deconstruction, de-legitimisation, but we managed to dismantle the myth of racial democracy,” explains Zezé.

The myth of racial democracy has permeated much of social relations in Brazil and is based on the thesis of the non-existence of racism and of a supposed full democracy in which all would be equal, despite the clear examples of social exclusion of the black population.

“[W]e see a moment that, I think, is of advancement our agenda and there’s no way out of the debate; on the contrary, you now see media outlets incorporating part of the inclusive discourse, of the agendas that we have historically defended. It is our achievement. And especially with the Internet, the construction of our own reading of the world, our own channels. We managed to build our own spaces. They are still limited, there is still not enough reach, and we now need to connect, occupy more strategically and take advantage of this moment in which one can no longer deny or delegitimise [our struggle], in order to achieve a more pragmatic and concrete agenda taking advantage of this occupation [of the media],” concludes Zezé.

The fact is that Blacks have historically struggled to be heard and to occupy the traditional spaces from which they have been excluded. They have set up their own media, such as communication collectives in slums that seek to inform communities and report on their reality and daily lives, as well as national networks such as CUFA, representing the interests of Blacks and excluded population at different levels. And all this pressure has fructified, whether in the increase of political representation, in creating affirmative actions, or in guaranteeing more and more space for Blacks in the traditional media and being able to tell their stories themselves. But, as seen, there is still a lot to be done.