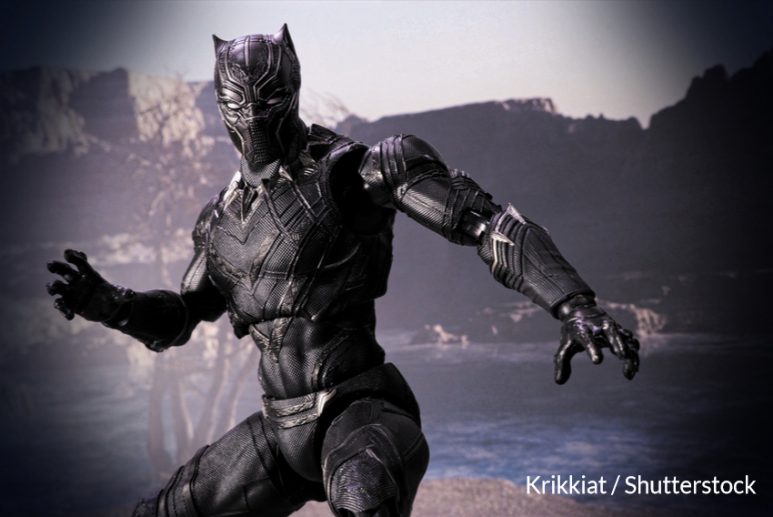 It is easy to quote statistics or surveys, and a lot harder to dig into the systemic inequalities that run deep within the film industry and often only become more obvious when we see them blatantly visualised in extreme situations like superhero stories.

When Chadwick Boseman passed away in August 2020, fans across the world mourned the loss of the Black Panther. Boseman was a talented actor in his own right, but it was who he had personified as the powerful superhero that had empowered viewers across the world to view superheroes as someone they could aspire to. For too long superheroes have been white American men, and Black Panther shook up what we had accepted as normal for far too long. The movie turned Boseman into an icon, and the power he represented transcended him as an individual.

But it is worth questioning why a movie representing African cultures was so rare in today’s media landscape. With movies like Wonder Woman 1984, Black Widow and Shang-Chi dominating the movie landscape this past year, it is impossible to ignore the cultural and social impact of superhero movies and the possibilities they represent. But what they represent has often been restricted to a very limited scope, with a survey by BBC and Women’s Media Center showing that 55% of major sci-fi and superhero films have featured a man as the solo lead over the last decade, and 97% of sci-fi and superhero films over the last 10 years were directed by men. Conversations around gender equality within Hollywood in general, as well as more accurate representation of communities of colour have been ongoing, but it’s important to understand that they don’t exist in a vacuum. The stories we see on screen are often not only representative of our own experiences, they are also heavily influenced by the socio-political climate around us. 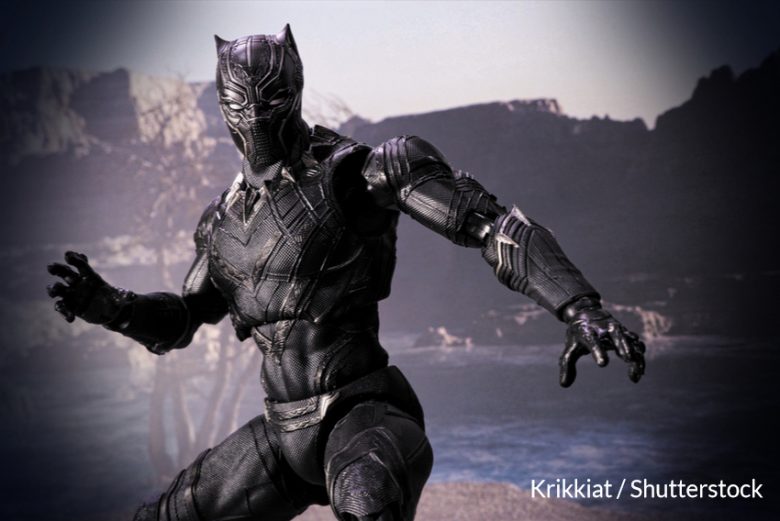 It is easy to quote statistics or surveys, and a lot harder to dig into the systemic inequalities that run deep within the film industry and often only become more obvious when we see them blatantly visualised in extreme situations like superhero stories. The fictional universes we see allow us to place ourselves into different possible versions of ourselves – or at least they would have had those universes been accurate representations of our world today. Funmi Jinadu, journalist and PhD candidate researching media representations of Africa in western media believes fictional universes play an important role in shaping our perceptions of our own power.

“I think fictional worlds and superhero universes help viewers connect with the emotional struggles of the character and help us escape into the fantasy world where good eventually trumps evil. It helps us see that anything is possible and that someday maybe our struggles will have the happy ending we envision and something like a spider bite can make us into someone who can make the change that our world needs,” Funmi Jinadu tells Media Diversity Institute.

But if we look closely, we might realise that those fictional worlds are not so fictional after all. Filmmaker Sabina Giado points out a reflection of global politics in these fictional superhero universes.

“The rigidity in the film industry mirrors real life – it’s about who gets to be a superhero and a white cis able bodied man gets to be one on account of his existence,” she says, adding “most of these movies are about violence and power. A superhero is a fantasised version of American militarism.”

She also points out that this glorification of American global supremacy was also what made Gal Gadot’s casting as Wonder Woman and the movie reflecting WW2 was upsetting to watch as a Muslim because it created a fantasy out of Israel’s occupation of Palestine.

“I can’t even imagine what it would have been like to watch that movie as a Palestinian,” she says, and she’s not the only one.

Wonder Woman’s 2017 release was banned in Lebanon due to the lead actresses’ history with the Israeli Defence Forces (IDF), proving how these narratives hold far more weight than just being mere entertainment.

The usual dominance of American narratives in superhero movies is also what made Black Panther stand out. But despite the praise the movie received, and how it has become the representation for African superheroes, Jinadu worries that it is this title of it being the be all and end all of African representation that risks limiting diversity in the media.

“At this point, Black Panther is at the risk of being tokenized because, although it challenges the sociopolitical norms around diversity and how superheroes are perceived, especially around who can play superhero characters, there is still a huge gap that needs to be filled. The DC Universal and Marvel Universe superheroes need to create more key black superhero characters. They need to incorporate African writers and creatives to tell these stories. One movie cannot do the job, the stories need to be told again and again,” she says.

The reason why such movies also often become one-offs is because of how hard change is in the film industry. Giado works around cultural safety in the film industry and says even upcoming movies, like Ms. Marvel, make her skeptical because they are still American and therefore continue to promote a dominant American narrative over the rest of the world. Muslim representation is rare, but is often made worse by singular narratives. Placing too much faith in Ms Marvel risks her character being part of the singular idea of what a Muslim woman can be. Giado also adds that singular narrative reflects in the film industry beyond the screen as well.

“When a white man walks into a room and says he’s a film director people will believe him, and when I say it, it takes me 15 minutes to explain how i am,” she says adding, “ the media and film industry treat people as an extractive source, don’t have parent friendly resources, and abuse and assault often goes on for decades because people are too scared to speak about it beyond whisper networks,” Giado tells Media Diversity Institute.

The truth is, it is easy to praise Black Panther and a lot harder to delve into why it is the only movie of its kind. So many of us have accepted crumbs in the form of diversity and representation and maybe it will take a superhero to help us realise we deserve more.