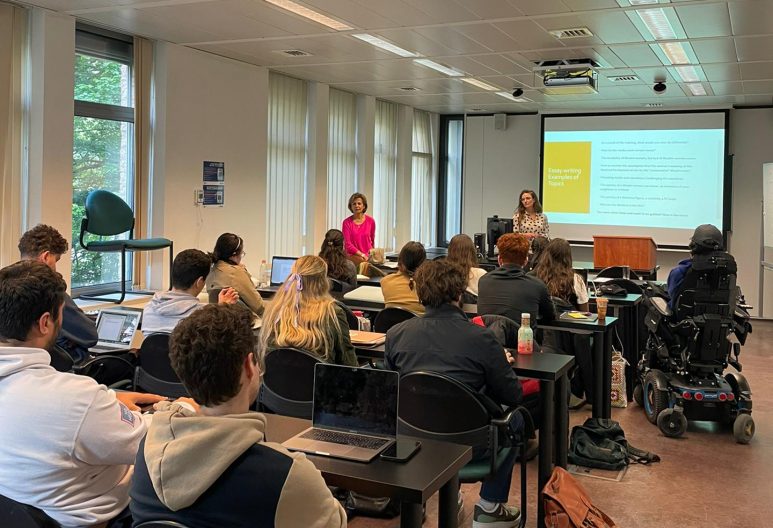 MDIG Workshops for Students: Preventing Gendered Islamophobia in the Media

MAGIC (Muslim women and communities Against Gender Islamophobia in soCiety) is a two-year project which aims to prevent gendered Islamophobia in Belgium and Spain, in particular in media outlets, and to draw lessons useful for other European countries.

In the framework of MAGIC, we conducted two workshops for communication students on May 3 and 5 at two different universities in Brussels – St-Louis and the Vrije Universiteit Brussel (VUB). They aimed to help the students identify and report anti-Muslim women stereotypes and hate speech in the media and promote inclusiveness and diversity of Muslim voices in public narratives. 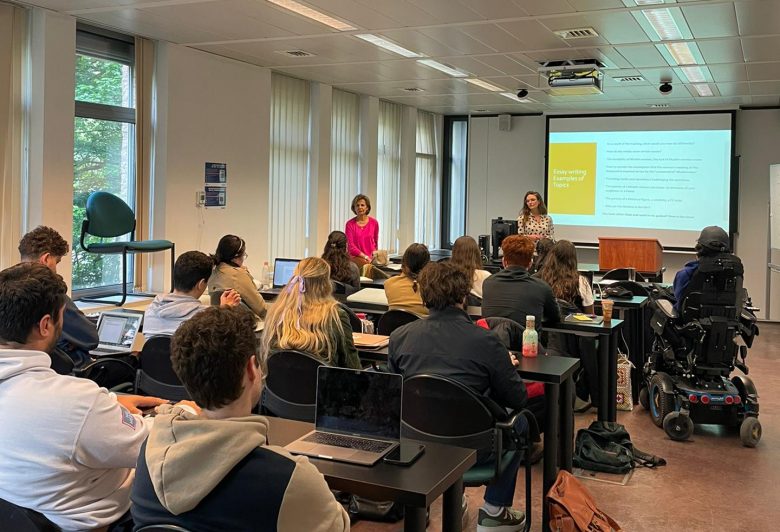 Introduction to MAGIC & the Role of CSOs

The session kicked off with MDI’s Roxane Biedermann presenting the MAGIC project and the youth contest in which students were invited to participate following the workshops – they will have the possibility to write essays tackling the issue of gendered Islamophobia, taking into account everything they have learned.

Layla Azzouzi, the representative of the CIIB, then took the floor to give a testimony as a Muslim community leader. After highlighting the main objectives of the CIIB, Layla stressed the importance of the role of CSOs in changing media narratives. “We can all, at our own level, be actors of change and inclusion.”

Shada Islam, journalist and independent commentator on EU affairs, teaching at the College of Europe, was the trainer for our workshops.

Shada kicked off by giving background information about Islam in Europe and the world, before getting to the heart of the matter and explaining the concept of Islamophobia, its main characteristics, and its development as a result of two events: the 9/11 attacks at the World Trade Centre in New York City and Washington DC, and the acts of terrorism that followed in Europe; and the upsurge in migration in 2015 and 2016, leading to further targeting of Muslims.

In most countries, Muslim women are more likely to be victims of hate crimes and speech than Muslim men, especially if they wear a headscarf. ​Muslim women are targeted by threats and hate speech, violence and assault, and online hate.

This is why MAGIC focuses on gendered Islamophobia specifically. During the workshops, Shada familiarised the students with the notion of intersectionality and how Muslim women can suffer from multiple layers of discrimination including race, gender, and religion.

Key findings of the media analysis carried out as part of MAGIC were presented to the students. Among others, we highlighted the lack of Muslim women’s voices in articles discussing them and their roles in society, and the prevalence of narratives concerning job discrimination.

Shada provided students with practical tips and recommendations on how to cover Muslim women as future communication experts or journalists. These recommendations were based on the “Report Diversity! Guidelines” – a recent toolkit produced in the context of MAGIC by a Task Force composed of Aidan White (main author), Mariam El Marakeshy, and Shada Islam (contributing authors).

These guidelines address the importance of diversity in editorial work and in the way that news media organise their activities. They are directed at both individual journalists and editors and news organisations and they draw upon accepted international standards of news reporting and media management.

When talking to the students, Shada stressed the lack of newsroom diversity, the dangers of applying double standards, and how to avoid stereotypes and combat hate speech when covering Muslim women. “So many stereotypes are embedded in people’s minds. We need to be aware of this and challenge the prevailing narratives.”

Our overall conclusion from these workshops is highly positive: students reported that the session contributed to opening their minds to an important topic about which, some of them at least, knew little.

Both groups included students from a large diversity of backgrounds, which we believe enriched the discussion very much since everyone gave their point of view depending on their own experiences and countries of origin.

Few students reported that the workshops made them want to explore the topic further. Some of them would be looking out for interviews with influential women in the field while others are interested in deepening into Muslim feminism.

Additionally, it seems that many students were unaware of the extent to which Muslim women are being discriminated against and badly portrayed in the media. They all agreed on the importance to pay more attention and be critical of what they read or see in the media when it comes to the Muslim community, and particularly Muslim women.