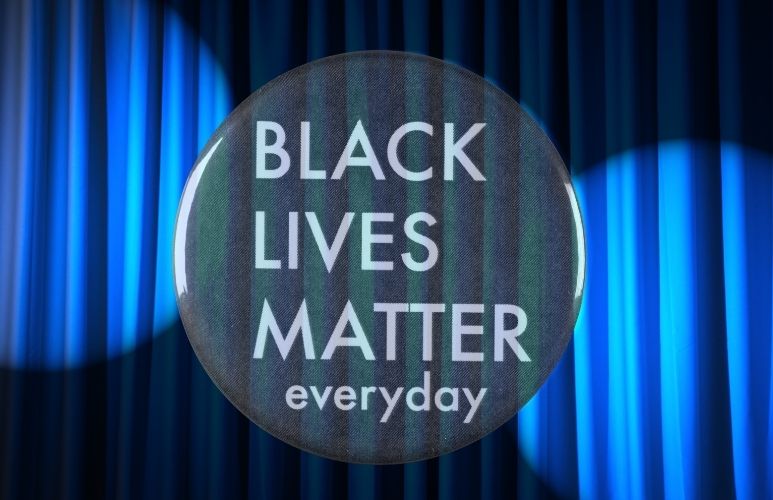 Until recently, theatre as we knew it was defined as a live performance, with live actors performed to a live audience. A powerful piece of theatre is often marked by its ability to guide an audience into the lives of the characters through a series of synchronous breaths as they collectively experience a narrative that fosters our sense of humanity and deepens our understanding of one another.

But in March, this changed—as the novel Coronavirus spread across the world, suddenly this collective exhale became a death trap, and Broadway’s “Great White Way” and London’s West End went dark. Theater professionals retreated to their homes to file for unemployment and ponder the world’s most unanswerable question: when will it be safe to breathe together again? What will the future of theater be in a world where it never is?

As many pondered this question over online forums and town halls, others turned to adaptation and invention. Playwrights read new work over zoom. Brooklyn curators pioneered a weekly “avante garde microfestival” of digital performances on Twitch.  Director and Performer Joshua William Gelb cleared out his closet, painted it white and began creating Theater in Quarantine. Others leaned into the moment even more; November Christine, the playwright, composer,and producer behind Legacy: The Musical, began taking songs from the show and repurposed them into Instagram videos that spoke directly to the moment.

Meanwhile, many institutions such as the Brooklyn Academy of Music, Joe’s Pub at The Public Theater, Broadway via Broadway HD, The West End via The Show Must Go on, The National Theater, The Globe and the Royal Opera House offered audiences opportunities stream performance archives into their bedrooms. While the question, “Is this theater?” still loomed in the air, audiences suddenly could enjoy globalized and democratized access to content that was previously unavailable, sometimes due to timing and location, other times due to prohibitively high ticket prices or physical access barriers.

However, as institutions searched for ways to keep audiences breathing #togetheralone most were not facing the reality that the industry is seldom a place where Black artists can safely breathe and be as themselves—with, or without a pandemic. In the theatre world—as with many other industries—this came into stark relief the day that thousands across the United States and around the world watched the video of George Floyd plea for his life as he uttered, “I can’t breathe” as a white police officer suffocated him to death. While many across the globe protested Floyd’s murder and the racism and colonialism in their own nations, in the United States and the American Theater world, the edict from Black activists and artists was, and is, resounding – change or be changed.

At first, many theatre companies were silent—an action that pushed theatre producer Marie Cisco to publish an open spreadsheet, tracking the theatres who claimed to support Black artists, yet had not made a statement in support of the #BlackLivesMatter movement Many theaters responded by cascading Black Lives Matter statements into their patrons’ inboxes, but a larger reckoning was underway. The history of racism and inequity in American Theater runs much deeper than passive silence from white gatekeepers, it is rooted in oppressive action and structural silencing of Black, Indigenous and People of Color (BIPOC) theater makers that has shaped mainstream theatre into the white-centric art from that it is today.

In the early days of theater in the United States, the industry relied on imported entertainment from European and British authors. To this day, it upholds Shakespeare as a prevailing standard of excellence as he continues his reign as the most produced playwright in the United States. While American musical theatre has its own tradition, it is rooted in blackface and minstrel shows, a practice that is widely thought to have started with American actor, T.D. Rice appropriating a Black slave’s tune into the character Jim Crow, an artistic choice that delighted white audiences and became a symbol of American racism. This kind of cultural appropriation and racist stereotyping is all part of the theatre industry’s emphasis on serving white, wealthy audiences—a theme that continues to dominate the space. While Black female visionaries like Dr. Barbara Ann Teer’s National Black Theater, and Ellen Stewart’s LaMaMa’s revolutionary theatres represent profitable models that center and celebrate Black and international artists and non-eurocentric narratives, these performances are often relegated to the off-off Broadway landscape where it is seldom given the opportunity to reach wider, mainstream audiences. Broadway, now an exporter of American culture, fuels white supremacy globally by ensuring that white American stories are the ones to most often obtain global reach.

That is not to say that BIPOC theatre-makers have not succeeded on Broadway. Still, the phenomenal success of something like Lin Manuel Miranda’s Hamilton is the exception, rather than the rule. According to a study conducted by the Asian American Performers Action Coalition (AAPAC) , 65 percent all roles on New York City stages went to white actors during the year 2017-2018, and 80 percent of all Broadway shows that year were written by white playwrights with 94 percent of the performances shaped by a white director. Tellingly, the study also found that when productions that centered BIPOC stories were staged, they were often relegated to smaller stages with smaller budgets, a pattern that created pay inequities between BIPOC artists and white artists that spanned as much as six dollars spent on white actors for every one dollar spent on a Black, Indigenous, or other actors of color. This work is also relegated to these stages by the all-white rosters of theater critics at dominate cultural platforms such as the New York Times, who, comparing work to a white aesthetic, often dismiss the work of BIPOC creators as “radical” or “amateur.”

Many of these creators took to their social media accounts during the height of the Black Lives Matter protests to share their personal experiences of racism in the industry. For example, in a video posted to Instagram and YouTube, writer Griffin Matthews compared the pattern of racism experienced by Black artists working in the industry to the way that of Amy Cooper called the police on a Black man bird watching in Central Park. “White people get to play make believe onstage,” he said, pointing out that Black people are scrutinized in both performance spaces and public spaces in a way that white people are not. “Black people are scrutinized for our wigs, our costumes, our ages, our skin color, our bodies, our vocals, our muscles, or our curves and that is Amy Cooper.” Actress Bryn Carter offered a searing open letter to the Off-Off-Broadway theater, The Flea, calling out their practice of not compensating artists in their resident company of actors,The Bats along with the pervasive racism she experienced during her time with the company. She ended her letter, “there are positive aspects to what you do but right now you are in darkness. Change or it’s spoiled. Change or you are irrelevant.”

Carter was far from alone in her direct demands for change. Broadway Advocacy Coalition, formed in 2016 to respond to the pandemic of racism in America asked their non-Black colleagues to take a pledge to make “Broadway and the larger theatrical industry an anti-racist, equitable community. Another collective of theatre-makers came together to form We See You White American Theater, a campaign that exposed the exploitation and exclusion of BIPOC artists on a daily basis and demanded accountability and change.

It isn’t only BIPOC creators who are demanding justice and inclusion in these spaces. Disabled actors also marked the celebration of the 30th Anniversary of the Americans with Disabilities Act as a moment to spur a conversation about the industry’s failure to include or often even consider artists and audiences with disabilities. While disability representation made some waves in 2015, with the Deaf West’s production of Spring Awakening performed by a mix of deaf and hearing actors where everyone onstage uses sign language, the overall percentage of performers with disabilities cast totaled at a historic high of less than 1%  in the 2015-2016 season. Long time artists and activists with disabilities, such as activist Judy Heumann urged theaters and theater makers to use the pause in productions as a result of the Coronavirus pandemic as a moment to revolutionize their approach to inclusion. This pause was the time for theater to fundamentally transform their ableist practices, to not merely acknowledge the existence of those with disabilities, but center them from the very beginning of their budgeting and decision-making process.

In theater, and most narrative media, budgets are indicative of whose narratives and experiences a producer believes are worth investing in. As Martin Luther King Jr. declared, “a budget is a moral document”—and now, more than ever we see how the ways that a government, organization, or an individual chooses to invest their money and resources indicates their values. While theater (especially non-profit theater) often purports progressive politics, the numbers often demonstrate how much white gate-keepers still have a deep investment in maintaining and centering the status quo of white, upper-middle-class able-bodied stories for white, upper-middle-class able-bodied audiences. Ultimately, in order to have theatre reflect the world as it is, the industry must value the artists that it has historically marginalized, and start by redirecting resources to support these artists’ work and lives—a move that could both make theatre a more inclusive space for both artists and audiences.

We are in a powerful moment to make this happen. As productions remain paused, the white, wealthy gatekeepers that traditionally hold the purse strings that maintain the status quo are unable to wield their power to guard the gates to create theatre as we know it. No gatekeepers means no gates, opening up new ways to democratize the ways that theatre artists reach their audiences, and create more inclusive spaces. While those who are using their social media platforms to restructure their art are still contending with an over-saturated social media market place and the structural inequalities of various algorithms, artists are not only freer to speak truth to power on these platforms, they are freer to claim their stories rather than waiting for someone’s permission to tell them. We can look to Ms. Christine’s videos or Black Girls Do Theater which continues to highlight the historic and current contribution of Black women theater-makers as examples. Say what you will about TikTok, but there is no critic comparing a person’s content to that of dead white men or claiming that they need an MFA before their creations can go viral.

Are Instagram and TikTok the future of theater? Probably not. Producing content on these platforms rarely offers financial sustainability to these creators and the platforms and their rules are changing so quickly that it is impossible for most to make a sustainable career on social media, alone. But at this this moment, these platforms are offering artists a way to present themselves to audiences unobscured by an industry ruled by the demands of the white gaze. The industry needs to transform to follow their lead. Decentering the white, able-bodied gaze is crucial to creating an inclusive future for theatre—any argument as to what theatre is or will be is irrelevant if what is held as a dominant standard continues to uphold social hierarchies and white supremacy.